Dr. Christina Yannetsos qualified for the Olympics as an athlete but an injury kept her from competing. Now, she's getting another chance to participate - this time as a doctor for Team USA.

This summer, CU Medicine emergency medicine physician, Dr. Christina Yannetsos, will travel to Tokyo to take part in the Summer Olympics as a physician for Team USA, “I am absolutely thrilled and honored,” she said.


This after she thought her Olympic opportunity had come and gone. Before becoming a doctor, Yannetsos was a member of the USA Judo National team from 1998 through 2005. 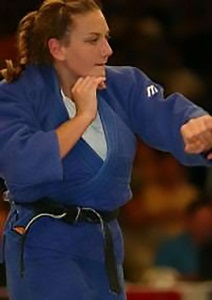 Yannetsos practiced Judo since she was five years old and qualified for the 2004 Olympics, but a dislocated shoulder injury during the Olympic trials prevented her from competing, “Very disappointing to go through all of that sacrifice.”

She did make it to Athens and witnessed the 2004 Olympics, but it was as an alternate and training partner.

After the injury that ended her career as an Olympic athlete, she pursued another dream, becoming a doctor, “At that point I kind of refocused. I knew I always wanted to be a physician and I really wanted to give back to our athletes,” she said.

How did she get chosen to work at the Olympics? She explained that it’s been a long process and sort of “on-the-job training”. Throughout medical school and residency, she said she joined sports medicine committees, including for USA Judo, did research on concussions, and once she graduated started volunteering for USA Judo as a physician.

She then put her name in the hat to volunteer with the United States Olympic & Paralympic Committee (USOPC), “I was selected to train at their sports medicine clinic, I was actually able to volunteer at the clinic that I used to train at as an athlete in Colorado Springs.”

When it comes time for the Olympics the USOPC committee goes through the volunteers already supporting Team USA and selects physicians, athletic trainers, physical therapists, massage therapists, and chiropractors.

Yannetsos will actually be traveling to Tokyo with the orthopedic surgeon that operated on her when she got injured, “Really cool to be coming back and working alongside the people who helped me as an athlete too,” she added.

As a former athlete, Yannetsos brings a unique perspective as well, “I can relate to the athletes. I know what it’s like to be on the mat and what it takes to compete through an injury – or not.”

The Summer Olympics were originally scheduled for last July but were delayed due to the COVID-19 pandemic. The Olympics will now run from July 23 to August 8, 2021.

COVID-19 will make for a different Olympic experience but Yannetsos says she’s honored and thrilled to be taking part and helping the athletes, “I can tell you were all really excited that the athletes will have the opportunity to show their amazing skillset. Definitely looking forward to bringing home some hardware.”