The first ever Lou Gehrig Day will be celebrated this year to help bring awareness and raise money for ALS patients and research. We talked about ALS with CU Medicine neurologist Dr. Laura Foster. 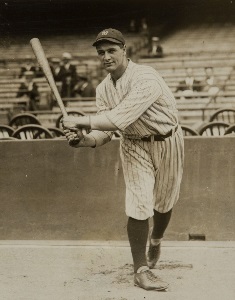 Major League Baseball has declared June 2nd to be “Lou Gehrig Day”. The Colorado Rockies will be participating in this new annual event to help raise awareness and funds in the battle against ALS.

The disease is closely associated with former New York Yankee and Hall of Fame first baseman, Lou Gehrig, as he brought national attention to the disease that ultimately ended his life on June 2, 1941. Gehrig was known as baseball’s “Iron Horse”. For those affected by ALS, it serves as a reminder that it can happen to anyone.

On Lou Gehrig Day, all MLB players, managers and coaches will wear a special uniform patch, with red “4-ALS” on it - the “4” representing Gehrig’s retired uniform number with the New York Yankees.

ALS is always fatal and there is not yet a cure, “Average survival for people with ALS is on the order of two to five years from when they first get symptoms to when they die of respiratory failure,” explained CU Medicine neurologist, Dr. Laura Foster.

We talked with Dr. Foster to learn more about the disease and her approach to patient care.

ALS stands for amyotrophic lateral sclerosis and is a fatal motor neuron disease, “That means it affects the nerves that communicate with the muscles and help a person move,” said Foster.

Gradual, progressive muscle weakness is the most common initial symptom of ALS but symptoms can vary from person to person. Symptoms can begin in the muscles that control speech and swallowing, or in the muscles in arms and legs, “What usually happens is that a person develops weakness in an arm or a leg that gradually gets worse and worse over a period of months,” added Foster.

A little over 5,000 people in the US are diagnosed with ALS every year. According to the ALS Association, every 90 minutes someone is diagnosed with the disease and someone passes away from it.

Most that develop ALS are between the ages of 40 and 70, with an average age of 55 at the time of diagnosis. The ALS Association says the diseases is about 20 percent more common in men than in women however with increasing age the incidence of ALS is more equal.

A small number, around 10 percent of cases, are genetic but the remaining cases occur without a family history, known as sporadic ALS.

There are several research studies investigating possible risk factors that may be associated with ALS but more work is needed to determine what genetics or environmental factors contribute to developing ALS.

How to help in the fight against ALS

You might remember the Ice Bucket Challenge, an effort that went viral to raise awareness and funds for ALS. According to the ALS Association the estimated cost to develop a drug to slow or stop the progression of ALS from an idea to an approved drug is between $2 billion and $3 billion.

Foster says continued help is needed to support patients with ALS and fund research to find a cure, “Two main ways to help - one is to promote research for understanding ALS better and developing better treatments. The second is we spend a fair amount of time trying to advocate for patients with insurance companies, and I think if it were better understood we would have better access for patients to resources that help people like wheelchairs or home health care in order to take better care of them.”

If you would like to help and have the means to make a donation, click/tap here to donate to the ALS Association.

If you or someone you love has ALS, Foster also encourages looking into research opportunities and trials, "Research opportunities are also important for patients to know about because that’s how we’re going to help find a cure. The University of Colorado has the privilege of being part of the Neals Consortium for ALS and the Healey Platform Trial is one of the trials that the University of Colorado is participating in right now."

Want Health Insights In Your Inbox?

Subscribe to our Health Insights to receive the latest health news and information in your inbox.