Miscarriage is a topic that isn't talked about as much as it should be. A patient shares what she went through and why she's so grateful CU Medicine OB/GYN Dr. Emily Schneider-Bruch is her doctor. 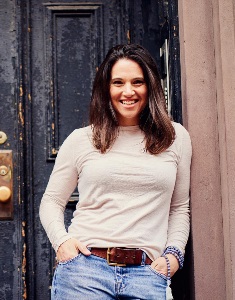 “This was my first time being pregnant, and we got so excited.” CU Medicine patient Stacy Lambatos is one of the lucky ones, getting pregnant after one of her first cycles trying. Unfortunately, she also ended up being one of the unlucky ones to experience a miscarriage. “I was about eight and a half weeks pregnant. They only saw one sac on one side and it was the size of a six and a half week fetus. So, it was not tracking how far along I was.”

After her first ultrasound, her doctor told her and her partner they thought it might have originally been twins, adding even more emotions to the experience. “It would have been so special. My dad is a twin,” Lambatos added.

The couple waited about ten days before another ultrasound was performed. “Unfortunately, we got the news that it wasn’t a viable pregnancy,” said Lambatos.

Women who experience a miscarriage or pregnancy loss may feel alone, but they aren’t. Approximately one in four pregnancies end in miscarriage. “It’s anywhere from 20 to 30 percent. I always tell my patients that it’s about one in four or maybe one in three pregnancies that end in a miscarriage,” explained Dr. Emily Schneider-Bruch, an OB/GYN at CU Medicine Obstetrics and Gynecology – East Denver.

Simply put, miscarriage is very common according to Schneider, who is Lambatos’ doctor. “We weren’t seeing the pregnancy structures that we wanted to see on ultrasound. I was concerned and told her we needed to be cautiously optimistic about this being a successful pregnancy, but I was very concerned it was going to end in a pregnancy failure,” she added about Lambatos’ pregnancy.

“Pregnant persons tend to blame themselves for miscarriage, though usually there’s no rhyme or reason for it,” Schneider said.

“Signs of miscarriage can be tricky, because they can also be normal signs and symptoms of pregnancy,” explained Schneider.

Symptoms of miscarriage Include:

Again, these can all be normal in a healthy pregnancy as well. Schneider said, “If you ever have a question, you should just call (your doctor).”

“It’s hard to not read into everything and look up, ‘I don’t feel this anymore, and I don’t feel this,’ and kind of stay away from the internet research. I think intuitively I didn’t feel pregnant, and I didn’t have any symptoms going into that first ultrasound,” Lambatos said about what she experienced before her miscarriage was confirmed.

When a woman is told a pregnancy is no longer viable and she hasn’t passed the pregnancy on her own, there are options she must consider in addition to grieving the loss.

For Lambatos’ pregnancy, Schneider explained, “We went through the options of giving her body time, giving medication to help her body pass the pregnancy naturally versus having an in-office surgical D&C, dilation and curettage, to remove the pregnancy tissue from the uterus.”

Lambatos is also grateful that Schneider took her partner and his emotions and questions into consideration and recognized that their pregnancy involved the both of them. “She came in with her partner both times. He was very supportive, and I wanted to make sure that I was supporting him as well as her,” said Schneider.

No matter when a pregnancy loss happens, every woman deserves respect and support. Women deserve a caring provider that can help guide them through any decisions surrounding the loss, and make sure they’re taken care of and know what to expect.

Many women and couples who experience a miscarriage might feel shame, isolated, and alone. The best way for some to cope is to share their story and open up about the experience. “Feeling so grateful for the network of friends and family that we do have around us to be able to talk about it,” Lambatos said. “In talking about it and sharing our story, multiple women have come forth to say, ‘I’ve had one and this was my experience,’ and it’s interesting because there’s a lot of different experiences,” she added.

Schneider agreed, “The more we can talk about loss, the more we can normalize it and realize that many of our friends and family members have gone through the same experience. I always tell my patients, you’re never alone.”

Schneider also said that she tries to conclude any miscarriage appointment on a positive note. For Lambatos, she shared that miscarriage is very normal and common, and it doesn’t mean she won’t have a successful pregnancy in the future. Said Schneider, “We know the plumbing works. We know that there’s sperm and that there’s and eggs and that there’s something in the uterus for it to implant."

As the Colorado Chair for ACOG (American College of Obstetricians and Gynecologists), Schneider also does her part to represent women and her patients at a political level. “Unfortunately, women’s healthcare and reproductive healthcare sometimes feels like a taboo topic,” said Schneider.

The more women feel safe talking about their reproductive health, the better.

When Can You Start Trying Again? (If you want to.)

If you have had a miscarriage, Schneider says you can start trying again as soon as you’re emotionally and physically ready.

For Lambatos and her partner, they’ve decided to take a little break. “It’s been an emotional couple of months for us. We’ve decided to just wait a cycle to take a breath and get my body back.”

“There is some evidence to suggest trying within the first three cycles after a pregnancy loss can increase your chance of having a live birth,” explained Schneider.

For that reason, Lambatos added that they won’t take took long of a break because they are hoping they’ll have a good chance of getting pregnant again soon. “We’re optimistic that we will be able to have children in the future,” she said.

If a pregnancy doesn’t happen in the first few months, however, and you are trying, try to not get too discouraged. It can take six to 12 months or sometimes longer to get pregnant again. “Everything just has to be perfect,” said Schneider.

While Lambatos was disappointed in the outcome of her first pregnancy, she is thankful she had Schneider as her doctor. Said Lambatos, “I just can’t say enough about Dr. Schneider and her whole office. I will recommend Dr. Schneider to anyone who will listen.”